BlueWillow’s NanoBio™ technology platform uses other proprietary nano-scale formulations to enable numerous topical anti-infective products.  The technology employs high-energy, oil-in-water nanoemulsions (NE).  As shown below, the resulting products are composed of droplets 200-600nm in size that use a physical process to disrupt the outer lipid membrane of viruses, bacteria and fungi: 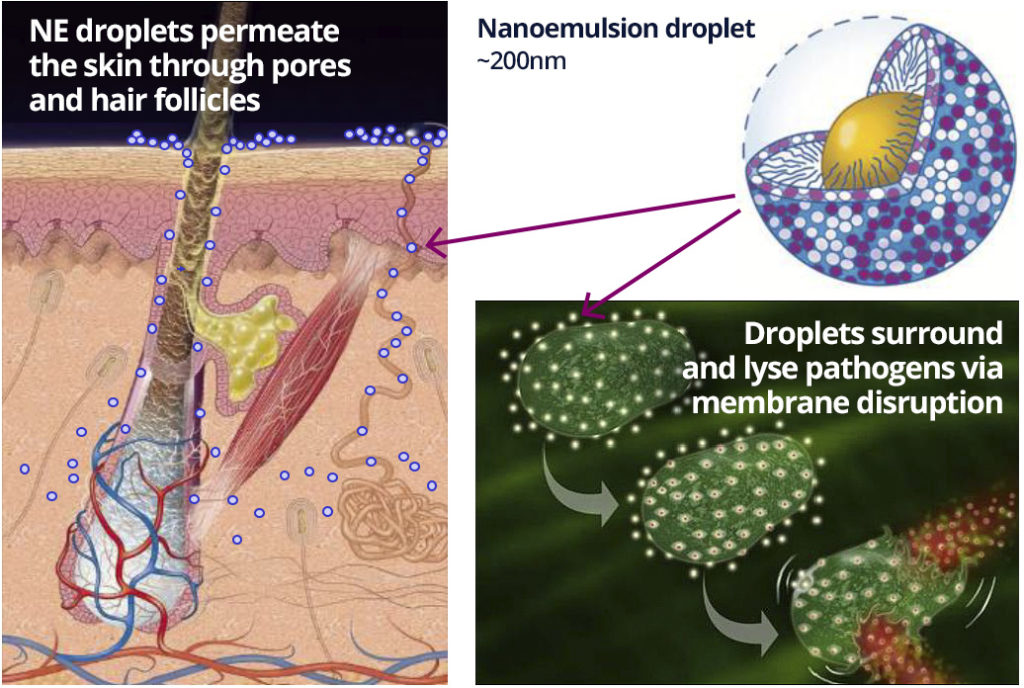 The droplets traverse the pores and hair follicles of the skin and mucosal membranes, without disrupting normal tissues. These droplets permeate to the epidermis and dermis where they interact with and disrupt organisms at the site of an infection.

In 2018, BlueWillow completed testing of its new NanoBioTM Protect formulation, which offers several unique advantages for the topical treatment of infections:

When tested in standard in vitro models, NanoBio Protect completely killed all gram-positive and gram-negative bacteria within 60 seconds of exposure, as shown below: 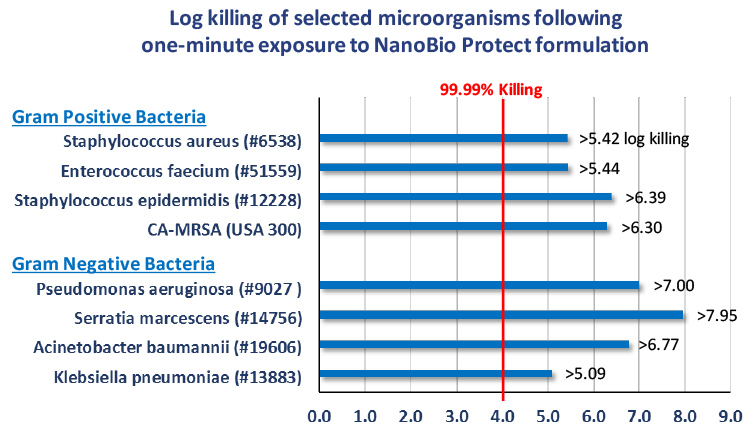 Ex vivo tests in human skin demonstrate that NanoBio Protect permeates up to 7x better than commercial products or aqueous solutions containing the same monograph antiseptic active ingredient.  Since most viruses, bacteria and fungi reside in the epidermis and dermis, enhanced permeation is critical to improved efficacy:

1 – “Screening of Nanoemulsion Formulations and Identification of NB-201 as an Effective Topical Antimicrobial for Staphylococcus aureus in a Mouse Model of Infected Wounds”. Military Medicine. 2016, May: 181, 5S:259-264